Its strengths are fairly obvious. It allows the reader to identify with a particular character, to feel that she is there with that character, experiencing what the character experiences. It adds credibility to the scene. However, it does have drawbacks.

One drawback is in the area of description. When you are writing from within a particular character, you reproduce that character’s reactions and observations as accurately as possible. So, for example, you would not write something like, “She raised her hand to brush back the brown curls that had fallen over her forehead and into her eyes.” At least, not unless she had some particular reason for thinking at that point about the color of her hair, as possibly if she had just dyed it brown when normally it was another color. Nor would she think of curls falling over her forehead, unless perhaps she was wearing a wig to which she was unaccustomed. But assuming that she is just making a normal gesture of annoyance, she would simply brush back the hair that persisted in falling into her eyes. She would not think of the color of her hair or whether it was curly or straight. So if the writer wants the reader to know the color of the character’s hair, it will have to be shown in some other way, perhaps in a different scene in the viewpoint of another character. Again, if a character walks into a room of his own home and sinks tiredly into a comfortable chair, he won’t think of the color of the chair’s upholstery. If he reaches to turn on the lamp on the table next to the chair, he won’t think about what the lamp looks like, what kind it is. What he would notice is that something is missing or that something is on the table that he didn’t put there and has never seen there before. So what is described in a scene must be what the character would naturally notice. And if something is out of place, the writer need not say, for example, “He noticed that books had been pulled from the bookcase and left on the floor in front of it.” Instead the writer, in the character’s viewpoint, would say something like, “He sat up suddenly. Why were those books on the floor in front of the bookcase? He hadn’t left them there. Who had been here in his absence?” In deep point of view expressions like “he noticed” or “she realized” are not needed. Rather the writer shows the character noticing or realizing by his reactions.

Another drawback is that the writer is limited by the character’s age and thought patterns. I can best illustrate what I mean by examples from my own work. My book Seduction of the Scepter is told entirely through the journal entries of Lara, its protagonist. She is a child of age twelve when she begins to keep the journal, so her first entries reflect that young age and may give the reader the impression that this is a book for young teens. It is not. As Lara matures, so do her journal entries, which continue until just before her death. I tried to counteract what might be the reader’s first impression by including a note that Lara affixes to the first of her journals titled “To Whosoever May Read These Journals” in which she attempts to justify her actions throughout her life. It is a short note but should serve to alert the reader that this is not a young adult book. It gives away major plot points but, I hope, in a way that may arouse the reader’s curiosity rather than be off-putting. The note’s placement before the book’s opening chapter may also make it easy for a reader to pass over without reading. I chose to take that chance. 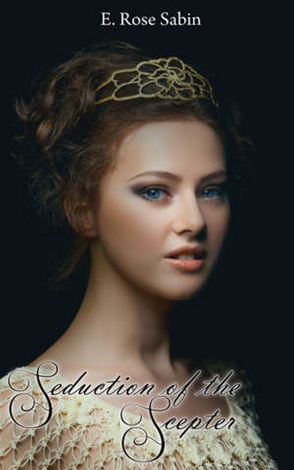 I could not use that device in Bringers of Magic, the second book in the Arucadi series. The book opens with a scene in the viewpoint of Ed, one of the book’s two protagonists, the other being Marta, a character who will be familiar to readers of the first book, Mistress of the Wind. Ed is a new character, and his opening scenes are written in simple language that reproduces his thoughts at that time. The townspeople call him “Simple Eddie.” Readers do learn before long that Ed is not “simple” but has been severely traumatized by his father’s cruelty to him throughout his childhood, beating him and continually telling him how stupid and foolish he was. His actions and reactions in the book’s opening scene may cause a reader to believe the book to be for young teens. It can be read by teens and adults, as is the case with all the Arucadi books. I felt that it was important to accurately portray Ed’s mind-set, his fears, and yes, his initial childishness, even though he’s nineteen years old, a fact that I make clear through dialog with other characters. I have to trust that a reader will be interested and curious enough to keep reading and enjoy seeing him change.

I’ve been getting Bringers of Magic ready for reissue, which will happen in about a week. Here is the new cover, featuring Ed, with Kyla and  Marta in the background (Marta is on the right):

3 Responses to POSSIBLE PITFALLS OF DEEP POINT OF VIEW